Billionaire Li Ka-shing took out front page adverts in major newspapers in the Asian financial hub urging the public to “cease the anger with love” and “stop the violence” signing the pages “a Hong Kong citizen Li Ka-shing”. 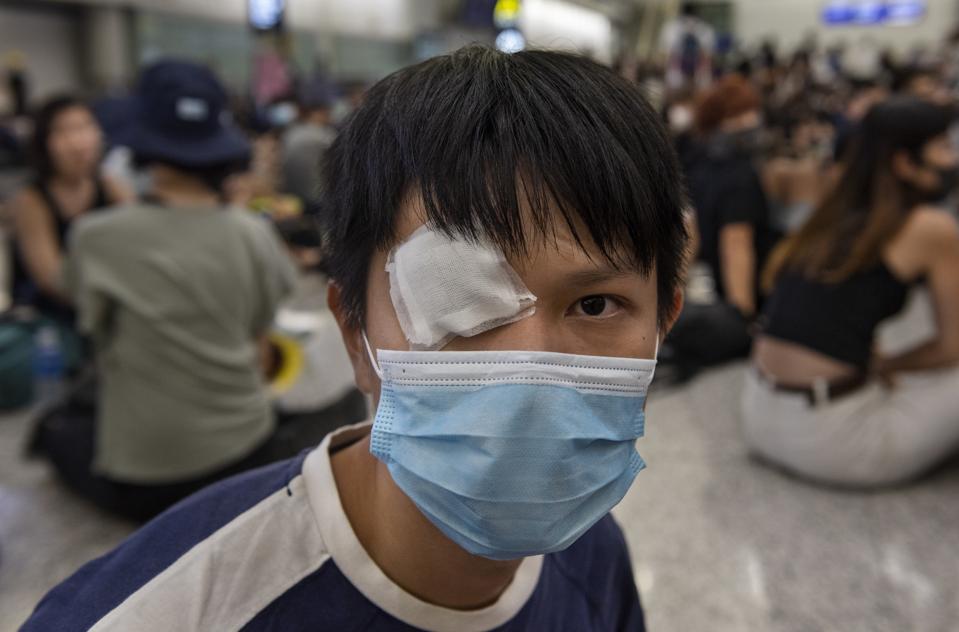 A anti-government protester using an eyepatch during a sit-in protester at Hong Kong international airport. (Photo by Miguel Candela/SOPA Images/LightRocket via Getty Images)

Li Ka-shing is the latest of member of Hong Kong's business elite to intervene in the political crisis that has gripped the semi-autonomous city for the last three months. One of the adverts appealed for an end to the violence but also carried the ambiguous line "the best of intentions can lead to the worst outcome", while the second advert published on the cover of the pro-Beijing Oriental Daily quoted from a Tang Dynasty poem, which alludes to an appeal for mercy

Analyst Gabriel Wildau described the adverts as “a cryptic message about the democracy protests” quoting the Li’s message as reading, "Let not the yellow terrace melon be too greedily harvested." Neither advert made an outright comment about Hong Kong's chief executive Carrie Lam who has faced calls to resign over the handling of the crisis.

Li Ka-shing has an estimated wealth of $27 billion and started out with Cheung Kong Plastics, named after the Yangtze River, in 1950 at age 21 with $6,500 in savings and loans from relatives.

Li retired as chairman of CK Hutchison Holdings and CK Asset Holdings in 2018 joking that he'd been "working for a long time, too long."

After 11 weeks of unrest in Hong Kong, demonstrators began protests in opposition to a now-suspended bill that would have allowed suspects to be extradited to mainland China. With fears that China’s power is encroaching on civil liberties guaranteed during the city's handover from the U.K., public anger has now swelled into wider calls for democracy. 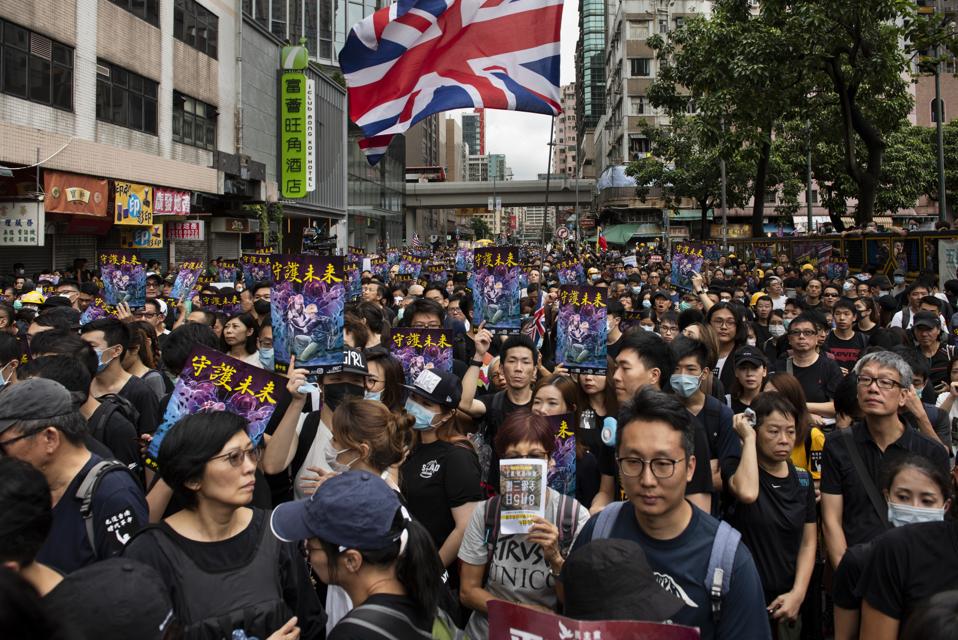 Demonstrators seen taking part in one of the many anti government protests. (Photo by Miguel Candela/SOPA Images/LightRocket via Getty Images)

Over 700 people have been arrested since the protests began in June and violence from both the protestors and the police has escalated.

Protestors have started wearing a bloody eye patch as a symbol of their anger and the drastic backlash from authorities after TV footage captured Tsim Sha Tsui, a volunteer medic, lying on the ground having been allegedly shot in the eyeball by a police beanbag round. 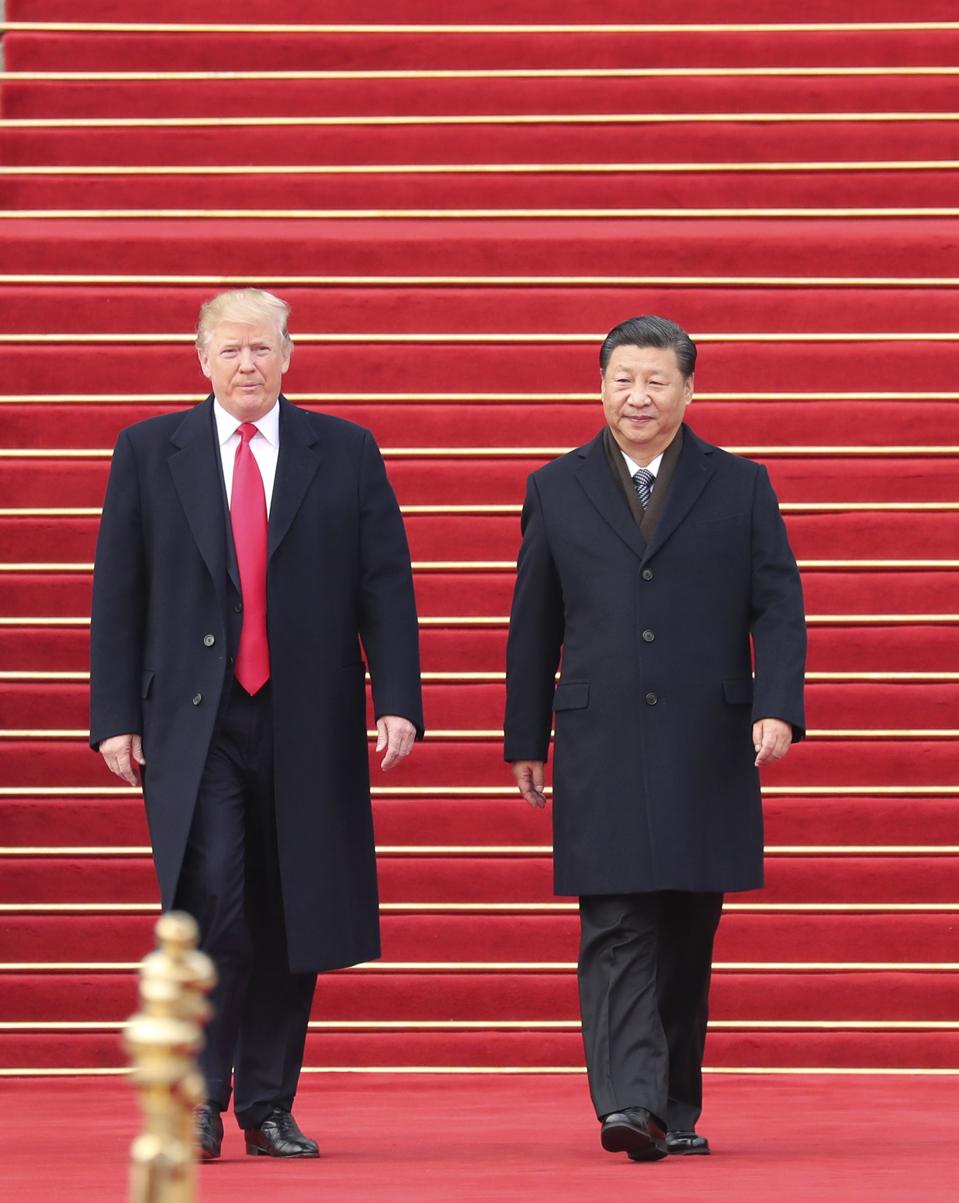 Chinese President Xi Jinping (R) holds a grand ceremony to welcome U.S. President Donald Trump at the square outside the east gate of the Great Hall of the People in Beijing (Xinhua/Pang Xinglei via Getty Images)

President Donald Trump tweeted earlier this week for President Xi Jinping to find a "humane" end for the crisis after warning this could be a factor in a potential U.S-China trade deal.

Billionaire Bill Ackman Explains Why He Invested 11% Of His Fund In Berkshire...

What Is Marketing? FAQ

How’s Your Brand Working For You?